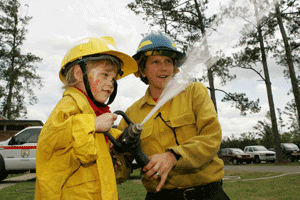 I’ve been catching up on the industry blogs the past couple of days and it’s been really interesting. I found myself confirming -again- that there’s huge value in some of the posts from the world of business software.

What are those posts about? They talk about a trend that has been pretty obvious for us who have been in the industry of Software-as-a-Service with our online ERP solution of course.

The trend? Businesses are increasingly moving to smaller and leaner web-based platforms for their operations. This transition makes perfect sense as cloud-based software is overally more cost effective when compared to desktop software. However, there is another trend that slowly emerges. Read on.

It dawned on me when I read this post by ex-Techcrunch Sarah Lacy. There, she gives a detailed account of how a large company – Oracle – has been playing their game. She gives the journalist’s take of how – in the late 1990s and the early 2000s – Oracle tried to and successfully stayed in the ever-changing business of enterprise software.

However, both Oracle and other large enterprise software providers stayed current by constantly adding new features and elaborating their offerings. This led to a situation in which roughly speaking the salesmen sold features, reliability, extensibility, maintenance etc. which the software simply could not deliver.

What Sarah Lacy is saying is what most companies have been wanting (and still want). That is simple, elegant and intuitive technology. She refers to it as “consumerised” technology; people want to use in their business equally simple tools as the ones they use in their own consumer world. People want to be spoilt by technological wonders.

In other words, they want something that just works the way an iPhone application works or how 37signals or Yammer for example has solved collaboration within a company: 1) focus on a single core feature, 2) add smaller and simple features around it and 3) do everything well.

So much has changed in the past few years and that trend is quite common by now. Software technology is increasingly accessible – both to consume and to develop – and the market has loudly spoken: clean, lean, specialised, low-complexity applications is what everyone wants.

Oracle, SAP, IBM and the rest are behemoths that have grown too big for their own and their customers good. Up until recently there was nothing anyone could do about it – including themselves. But those of us in business software have known for a few years now – and the rest of the world is quickly catching up too – that something can be done now.

You can move to the cloud and choose lean and flexible software-as-a-service approaches out of a multitude of offerings out there. It’s scalable and cost-effective. It’s fast, mobile and takes most of the worries of running and maintaining it off your shoulders. It can be fun, even social and at the same time effective.

It’s like a consumer product but one which also addresses most of your business needs. What more could you ask for to make your work day?