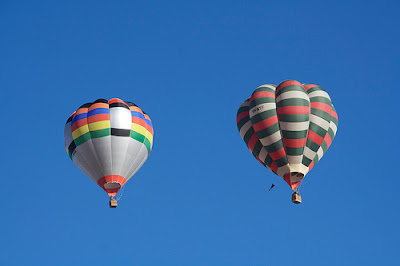 As a small business owner you have the choice of running your business software either on your own server/PCs or in the cloud. Each choice has some pros and cons but overall, the scale weighs towards the cloud.

When it comes to small businesses in particular the choice is pretty straightforward: there isn’t really any good reason why you should not be on the cloud.

However, if you start looking into the cloud solution, sooner or later you’ll stumble across another dilemma: open or proprietary cloud?

First of all, let’s see what each is. Proprietary generally refers to an infrastructure that’s been set up in vendors’ servers and is ready to receive your requests on the software-as-a-service (SaaS) business solution you’ll adopt. Installation, maintenance and everything that has to do both with the platform and the service is handled by the vendor (or its subcontractors). In any case, you’re not involved with it.

In the above definition, each vendor offers their own solution they’ve developed themselves and maintain. One such vendor is megaventory, the SaaS we offer has been developed in-house and all other infrastructure (servers, storage, backup, load balancing, etc) is managed by us and our hosting provider.

And then there’s also the open cloud.

In this case, the software part of the infrastructure is open-source and freely available. It has multiple components depending on what you want to do and anyone can roughly speaking download it and use it. In theory at least, as in practice the previous sentence needs a couple of disclaimers.

For one thing, there isn’t a single flavor of open cloud – yes, you may have heard of something called the Openstack but actually a couple of dozens exist (see e.g. the comments here) – each with its distinct characteristics.

For another, not literally anyone can download and use it. Surely, it’s not protected behind a company’s firewall and given enough time and money it’s possible. For the time being though you need to have serious IT department to handle laying out such an infrastructure. You either need specialized staff to implement and maintain it or you must outsource it to specialized consultants.

(It is the same as how operating systems evolved in the 90s – few people could run an open source/Linux machine; and few really needed to. The rest of us worked fine with good ol’ proprietary Windows machines).

So what can you do?

Well, if you’re asking the question you probably know the answer already. It’s not a bad thing to admit lack of knowledge (and basically resources) and leave it to the professionals.

And by that we mean that choosing the proprietary platform that suits your needs and not bothering with open platforms and the overhead they involve. It’s the quickest way to get the groundwork done and be able to focus on your business rather than the infrastructure on which it runs.

In any case, the trend is that for quite a few years the open source solution will be reserved for those who have the resources (staff, time, money) to afford it. For the rest, and especially for small businesses, the issue is simply about which proprietary solution to pick.