Panorama Consulting, one of the consulting companies we keep an eye on, recently published a study regarding the trends for 2012 in the world of business software which holds some interesting results. 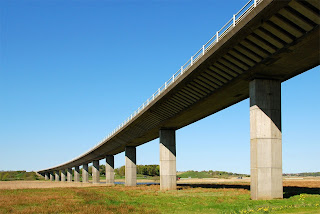 They based their study on a survey running for the entire year of 2011 on their website and have managed to aggregate data from 246 participants from 64 countries. The full version of their study can be downloaded here (registration required) – but here are the basic takeaways:

The specification work prior to selecting an ERP solution is very important. Right after selecting the ERP to implement most customers felt satisfied with their choice (81%). However, when looking at the specifics of the implementation and how well the ERP and its vendor actually performed approximately 25-30% on average were unsatisfied or very unsatisfied.

More companies change their business process to accommodate the ERP solution (41%) instead of the other way around (27%). This is both somewhat alarming but also common: the new solution requires people in the business to start doing things differently. That’s not necessarily a bad thing (maybe the new process cuts costs or follow best practices) but it’s important to know what will happen in advance. To do that you need to map your business processes – a very instructive and insightful exercise regardless of the ERP change.

Needless to say, most companies (63%) found it difficult to manage the change. So if you’re planning a (new) ERP implementation be ready for some road bumps – or if you’re just doing or finished one, don’t be disappointed things aren’t going according to plan; that’s the rule. There are things to do to make it easier though: the previously mentioned business process blueprinting, thorough training material creation and commitment to the change coming from the top.

Only a third of the companies performed the change all in one go. The rest either phased it by time, module, geography, business department or a combination of the above. Also of note, slightly more than half pulled the plug on the old system when going live with the new. Almost 40% kept them both going for period of overlap so that employees could get used to the new way of doing things.

Budget-wise, more than half (56%) of the projects went over budget (some by more than 50%). Again plan ahead for that and don’t be discouraged if you need to pour money than expected. The same study reveals that 94% of companies which took the plunge saw measurable benefits. So if done at least decently, it’s worth it.

This is confirmed by 71% of the companies which do recoup the costs of implementing an ERP. Having said that, when the costs will be recouped is an issue – it can vary from less than a year to more than 5 years – but that’s usually ok. It’s a marathon not a sprint after all. It’s important however, to be able to measure costs in order to know when they’ve been recouped. Planning ahead & having detailed specifications for the change is crucial for that matter.

Perhaps surprisingly, only 54% of the companies run off schedule with the time it took to get the new ERP running. Taking into account that the same figure was worse last year, it would seem that companies are realising the value of doing their homework

And as for the type of software, 37% is off-premises (either traditional ERP hosted off-site or SaaS), a number we expect will increase next year.

We think this Panorama Consulting report asks most of the right questions and provides helpful answers to issues that concern any executives who are considering implementing or upgrading their ERP for their business. While you’re at it, you may want to read how we think the future of ERP will be shaped.