Skip to content
Recently the e2benterprise blog organised a bit of Twitter event – a discussion around the #ERPChat hashtag – on an interesting subject: ERP gamification. In particular, the question was if there is a role for gamification in ERP software. You can head over to their blog some of the insights brought forward by the chat but here’s our view.

First of all, what is it?

Gamification generally means simply introducing some sort of game mechanics in a platform so its users are more engaged for more time. The game mechanics involve a number of elements such as user evolution, competition among users, credits which can be bought or exchanged for virtual items, badges for identifying expertise or goals achieved, rewards, etc – the list is quite long and can encompass many things. 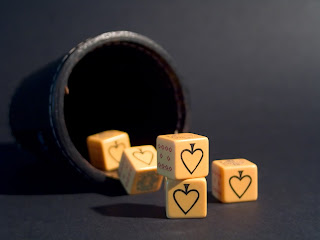 Examples of such game mechanics are popular from FourSquare (which allows people to earn badges based on their check-in activity and become ‘mayors’ with perks in some establishments) to freelancer.com (which ties engagement with the site with ‘experience levels’ which in turn affect chances a freelancer has to win jobs). When it comes to gaining reputation points, gamification can be found in diverse projects such as StackOverflow and Slashdot – in fact “traditional” fora have been doing it even before the advent of Web 2.0.

So, how can it apply to enterprise software?

The same principles apply. Set up a layer of gaming on top of otherwise dull or at least unengaging tasks and people will be just a bit more (or a lot more) inclined to do them. Or at least that’s what the theory says. But it’s not just the theory. Games – provided they’ve been designed to be addictive (think World of Warcraft) – have already been proven to be able to draw and keep people into doing very repetitive and otherwise tiresome tasks (exactly like work must look like for many people after the first 6 months). And for what in return? For what might seem as useless at face value as allowing your account to go from level 19 to level 20. Big deal, right? Not if you already have invested months of your time on taking it to level 19. Even more so if we’re not talking about a fictional concept but essentially your career in the company which pays you your salary. People will even feel justified to feed their ‘addiction’.

So will it catch on the enterprise world? It does seem like a fad which has been coming and going especially in the consumer world so it may be a harder sell for employees (let alone employers). To some extent some large corporations have implemented gamification systems. But, yes, it’s something that can become (even more popular) – and for a couple of reasons:

All of the above arguments for gamification are of long term scope. If anyone includes them now in their ERP offering they will be ‘nice to have’ features – when other more pressing problems have not been solved in the business software world. Once they have been addressed only then will we be able see gamification boom.

So yes gamification may have a place in the ERP world but it’s time is not now.